The austerity election is over: Time to build real alternatives! A statement from the Chair of the SPO

As Chair of the Socialist Party of Ontario I would like to begin by thanking our two candidates, Natalie Lochwin and Andrea Gar Quiano for their hard work delivering a message of real social change and an alternative to the three flavours of austerity of the "mainstream" parties.

I am proud to have been associated with these campaigns and because of them, as well as Natalie's work as Spokesperson, tens of thousands of Ontarians have seen that a different future is possible.

The party will now go back to building on this and working with our communities and neighbours and other anti-capitalist movements in the ongoing fight against austerity, poverty and poverty wages.

We have been getting many positive inquires as well as membership requests and we will be having a summer social and our AGM shortly. Watch for announcements!

While the Liberals won a majority, the clear verdict of this election was not a vote for anything, but a vote against the right wing extremism of Tim Hudak. Even a cursory scan of the results shows that this result came from people voting strategically. They were not so much rewarding the Liberals, and they clearly were uninspired by the ONDP's insipid populist campaign that has resulted in the ONDP having less influence than before an election they triggered for no valid ideological reason, as they were driven by a very real and understandable fear of Greek, British or Spanish style austerity.

People were not given a serious alternative, they were trapped in the emptiness of our present discourse.

As our Spokesperson said "the clear and unequivocal lesson of this election is that Ontario needs a Socialist option in every riding or a Left Front coalition represented by Socialist,  independent labour, Communist and other anti-capitalist candidates."

Soon we will be back out campaigning again for free transit & living wages in municipal campaigns.

In the United States very exciting things have happened in Socialist politics municipally. Here in Ontario we can do it too. The stale, leader driven cult machines do not have the same control that they do on the provincial and federal level. These are elections where you can fight for truly important changes and where anything can happen.

If you are interested in running municipally and need some advice getting started, it is not too late and feel free to email us.

Together with our allies in likeminded groups, organizations and movements across Ontario, we are going to keep fighting to make politics relevant again.

Posted by Michael Laxer at 8:18 AM No comments:

What to do on Thursday? A statement from the Spokesperson of the SPO 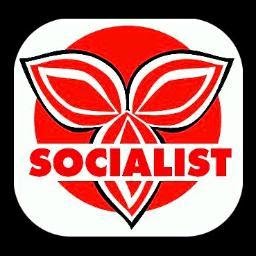 The election is close at hand and, while the Socialist Party of Ontario will not form the next government of Ontario, we have been getting many positive inquires as well as membership requests. Both of our campaigns have been spreading a message of socialism and hope in their communities.

We have also received numerous emails requesting advice as to how to vote in ridings without a Socialist candidate.

This has been a terribly disenfranchising election for many with, as the Ontario Coalition Against Poverty noted of the NDP, Liberals and Tories:

The only differences between the three parties is how much austerity each plans to impose and how quickly they intend to do it. All Parties agree that working class people and poor communities should pay for the crisis while the rich get a free ride. At most, the parties disagree about whether or not to throw a few crumbs at us as we sink deeper into poverty.

The SPO is focused on party building and are an election away from running a far larger slate of candidates. In the wake of what we hope will be a minority government we plan to work to build more Socialist riding associations and to try to plan ahead with any independent labour candidates and any other anti-capitalist parties towards a goal of coordinating anti-capitalist candidates in the next election.

If you are fortunate enough to live in a riding with a genuine anti-capitalist candidate, we think they deserve strong consideration.

In this election, the SPO unequivocally rejects the Conservative and Liberal parties and while we understand why many might wish to vote against the Tories "strategically", we cannot endorse voting for the austerity Liberals running in any riding in this province.

The Ontario NDP has run a disgraceful campaign that directly repudiates its socialist and social democratic roots and does not deserve broad support. In some ridings, such as Davenport, if you have an NDP candidate with a genuine and proven anti-capitalist record, the ONDP may still remain an option for some voters. But there are very few of these ridings.

The Green Party, equally, has some good candidates in some ridings as well, such as in Trinity Spadina, but again lacks an agenda that seriously challenges capitalism and austerity.

In many cases, the option of declining one's ballot seems an entirely legitimate option when the parties are so lackluster. If you choose to decline your ballot, it sends a message that you reject the farce that these "choices" represent.

The clear and unequivocal lesson of this election is that Ontario needs a Socialist option in every riding or a Left Front coalition represented by Socialist,  independent labour, Communist and other anti-capitalist candidates.

We look forward to working towards this in the immediate aftermath of Thursday's results.

Posted by Michael Laxer at 6:19 PM No comments:

Come join us for an informal information session and open invitation to anyone interested in learning more about socialism and the Socialist Party of Ontario and meet Andrea, the SPO's candidate in Peterborough!

Posted by Michael Laxer at 6:14 AM No comments: 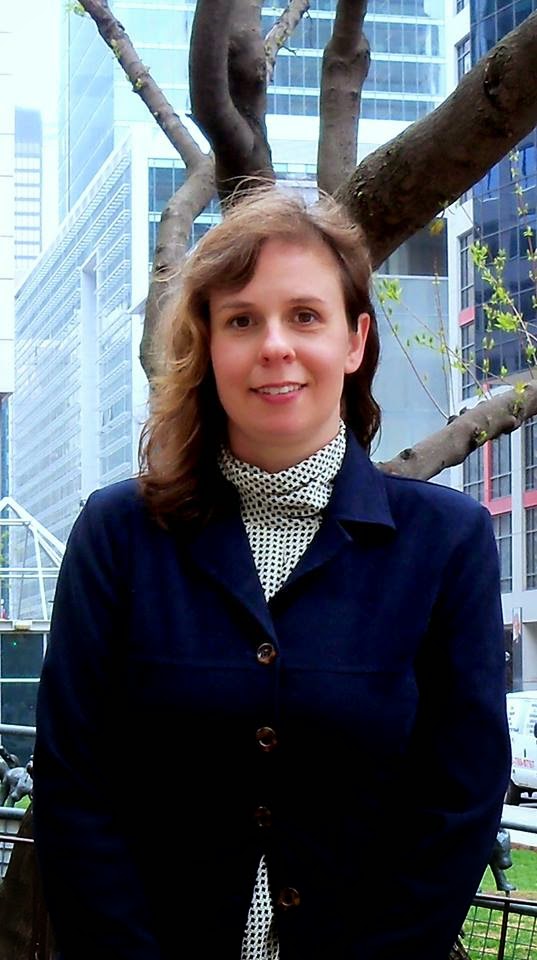 Come out for coffee, refreshments and discussion and to meet Socialist Party of Ontario Etobicoke Lakeshore candidate Natalie Lochwin.

Find out about, and get answers to any questions you have about, Natalie's campaign, the SPO and her fight for higher wages, public services & a real alternative to capitalism and austerity.

You can also meet and discuss the issues with Socialist candidate for city council in Ward 6, Michael Laxer from the Elect Michael Laxer - Ward 6 City Councillor 2014 campaign.

See you there!
Posted by Michael Laxer at 10:25 AM No comments:

For a Socialist Economy and an End to Austerity Economics

Towards a Socialist Economy
The Socialist Party of Ontario believes that the labour power and natural resources of a society should be used in an ecologically compatible, equitable and sustainable manner for the benefit of all, including future generations.
The economy of a truly democratic society should also be cooperative and democratically managed so that citizens can be active in the running of their workplaces as well as planning the direction of economic development.
Such an equitable, cooperative and democratic economy that planned for the future and took full account of the needs of both people and the planet would be less wasteful, more inclusive and would help to solve many of the pressing problems facing the world.
Yet the private accumulation of vast sums of capital, an inevitable result of the capitalist system, prevents equitable distribution of wealth and real democratic participation.
And the capitalist system, which has profit as its only consideration, promotes and relies on unsustainable growth in population, expansion and consumption and does not take the needs of people or the planet into account.
This private accumulation of wealth and power has created a situation where CEOs may make in a few hours what workers make in a year, where global warming advances rapidly, pollution and chemicals poison our air and water, species are becoming extinct and natural habitats are under threat, where it is increasingly difficult to find decent employment and retire at a reasonable age with security and dignity, and where many people suffer needlessly from poverty
The Socialist Party of Ontario will work actively, through government and social movements, for the social ownership of natural resources, large manufacturing, electricity, high-tech, large agro-corporations, and other important industries. Socially owned companies must form the core of the economy, thus enabling planning and democratic management of the economy.
Towards a Socialist Taxation Policy
The 30% cut in personal income taxes was the centerpiece of the Common Sense Revolution, depleting the revenue base significantly (about $11.6 billion to the treasury per year) and making it impossible to return to pre-1995 government spending levels.
Corporate and personal income tax cuts have cost the Ontario treasury well over $100 billion since 2003.
The main beneficiaries of personal tax cuts are upper income earners and there is little evidence to suggest that corporate tax cuts create jobs.
Therefore an SPO government would restore provincial income tax rates to their 1995 levels, adjusting for inflation and would create additional tax brackets for very high incomes.
The increase in incomes of the top 1% of income earners has been the main force driving income inequality in Canada and other advanced capitalist countries.
The Socialist Party of Ontario, therefore, strongly supports increases on the very highest income earners and the creation of new tax brackets. The Socialist Party of Ontario will ensure that the combined federal/provincial income tax rate for incomes between $250,000 and $500,000 shall be 60%, for incomes between $500,000 and $1 million shall be 70%, and for incomes over $1 million shall be 90%.
Further, the Socialist Party of Ontario supports taxing income from capital at the same rate as wages and salaries, and will raise the provincial portion of taxes on capital to match the combined federal/provincial rates on wages and salaries.
Towards an End to Austerity Economics
The Socialist Party of Ontario opposes the austerity agenda of all of the three major capitalist parties.  We oppose the fixation on deficit reduction and pandering to corporate greed. We believe that if a corporate bailout was possible, a human bailout is possible.
The priority of a Socialist government would be human equality and economic justice, not unnecessary deficit reduction targets or destructive and inhuman austerity targets and viciousness.
If the purpose of our economy is not to create  justice and freedom for all, then there is something fundamentally wrong with our economy.
Austerity is a proven failure. Capitalism is a proven failure.
It is time for a truly different course.
Posted by Michael Laxer at 6:54 PM No comments:

The SPO is very pleased to announce the launch of our first two official 2014 provincial campaigns.Andrea Gar Quiano in Peterborough and our Spokesperson, Natalie Lochwin in Etobicoke-Lakeshore.
We look forward to campaigning on a platform of social change and economic justice centered around programs like Pharmacare and Free Dental Care, Free Transit, a $15 an hour minimum wage and much more.
Our full platform can be found here:
http://socialistpartyofontario.blogspot.ca/p/platform.html
If you want further details about their campaigns, the SPO or to find out about helping out or donating, email us at info@socialistpartyofontario.ca
A better Ontario is possible! It is never too late to write the future!